Hyperloop could come to North Texas sooner than expected 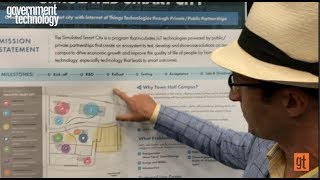 As cities around the globe adopt new smart cities road maps and strategic plans for new technology implementations, the town of Cary, N.C., has taken an entirely different approach — one that leverages a combination of their existing facilities, citizens and private-sector companies. Rather than overlaying sensors or building new infrastructure from the ground up, Cary is inviting private-sector companies to incubate their technologies inside the existing Town Hall campus — a

In January 2015, a few weeks before taking office as governor and four months before selling his Central Austin home, Gov. Greg Abbott blasted tree ordinances as part of the “patchwork quilt” of local bans hurting the state. “Texas is being Californianized, and you may not even be noticing it,” Abbott told a 2015 conference hosted by the conservative Texas Public Policy Foundation, an influential think tank. “It’s being done at the city level with bag bans, fracking bans, tre

WASHINGTON - The Department of Transportation (DOT) is announcing the Infrastructure for Rebuilding America (INFRA) discretionary grant program through a Notice of Funding Opportunity (NOFO) in the Federal Register today. The INFRA program will make approximately $1.5 billion available to projects that are in line with the Administration’s principles to help rebuild America’s crumbling infrastructure — a priority for this Administration. In addition to providing direct feder
1
2
bottom of page